History of the Pusser’s Painkiller™

The drink we are known for throughout the West Indies, in the U.S. and many parts of Europe!

The Pusser’s Painkiller™ is a blend of Pusser’s Rum with 4 parts pineapple juice, 1 part cream of coconut and 1 part orange juice served on the rocks with a generous amount of fresh nutmeg on top. You have a choice of numbers 2, 3 or 4, which designate the amount of Pusser’s Rum! Cheers!

The infamous Pusser’s Painkiller™ had its start at the six-seat Soggy Dollar Bar on a long stretch of white sand beach at White Bay on the island of Jost Van Dyke in the British Virgin Islands. There’s no dock, so the usual way in is to swim. Of course, your dollars get wet – hence the name: Soggy Dollar Bar.When all this started, the bar with its four adjoining cottages was owned by an English lady, Daphne Henderson. Boaters, including Pusser’s founder Charles Tobias, came from all around to sample her tasty Pusser’s Painkiller™ for which she’d become locally famous. The fact that Tobias had gone to Great Britain’s Royal Navy and gotten permission to commercialize the rum in 1980 made him more curious about this deliciously concocted recipe made with Pusser’s Rum.

Daphne Henderson and Charles Tobias became good friends, but in spite of their friendship, and no matter how hard he tried, she refused to divulge her secret recipe for the Pusser’s Painkiller™. Two years passed, then late one Sunday afternoon at the conclusion of a long session of Painkilling, Tobias somehow managed to get one of her concoctions back through the surf and over the gunwale into his boat, and ultimately into his kitchen on Tortola where he lives. There he went to work, trying to match her flavor as closely as possible with his own recipe which he finally worked out to be “4-1-1” ratio – four parts pineapple, one part cream of coconut and one part orange juice – adding Pusser’s Rum to suit.

The following Sunday, Tobias returned to the Soggy Dollar Bar for another afternoon of West Indian food, Painkillers and swimming. Shaking the water off after his swim ashore, Tobias announced to Daphne Henderson that I’d finally broken her secret, “At last, Daphne, I have the Painkiller™ recipe which I promise to not divulge to anyone if you tell me that I’m right,” he said.

“If you’ve got it, what do you need anything from me for?” she replied smiling as she continued to josh Tobias about my not being able to come even close. “Wait and see,” he told her, and in a few minutes, he mixed one of his and started to taste it against hers. Tobias discerned a slight difference, but thought his mixture better, not quite so sweet as hers, and told her so. Understandably, she insisted that hers was better and challenged him to a contest. Tobias accepted, and the bet was on for $100.

There were about ten patrons around the bar. Tobias ordered two rounds: one that Daphne made, and one that he made to his recipe. They marked the cups and proceeded to test. Tobias’s recipe won 10 out of 10 taste-tests! They preferred his version to hers. She humorously insisted that somehow Tobias paid everybody off to win. Of course, he hadn’t, and vehemently denied her charges. Tobias took payment on the bet in the form of 40 Painkillers which the crowd all drank to celebrate the occasion.

Soon after, Tobias started promoting the Pusser’s Painkiller™ in the two Pusser’s bars he had at that time on Tortola. But he always gives Daphne Henderson credit with a by-line in Pusser’s printed media: AS INSPIRED BY DAPHNE AT THE SOGGY DOLLAR BAR AT WHITE BAY ON JOST VAN DYKE. From this modest beginning, the fame of the Pusser’s Painkiller® has spread throughout the boating and sailing communities of the Caribbean and the U.S., and is probably the most popular mixed rum drink amongst sailors today in the West Indies. And it continues to spread throughout many other parts of the world.

Thanks to Daphne Henderson! …the inspiration behind the Pusser’s Painkiller™.

Sale
Out Of Stock!
4-Pack Pusser’s Painkiller Cakes (4oz)
Inspired by The Infamous Pusser's Painkiller Cocktail
Rated 5.00 out of 5
$23.20 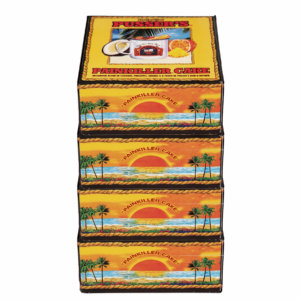 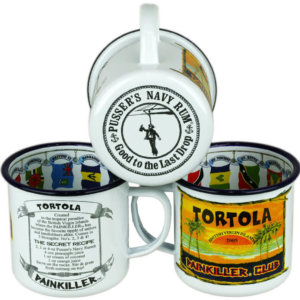 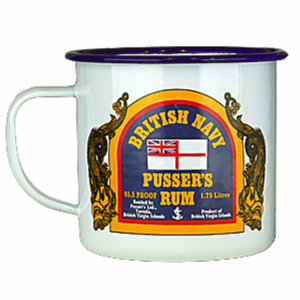